The first programme in a new series of Our Lives showcases remarkable stories from across the UK.

Aired  Friday, May 6 on BBC 1, BBC iPlayer and BBC 2 in Northern Ireland)

Jonny Cotsen lives in Cardiff. He’s an actor, a football fan, a father of two children and he’s deaf. Though he was born deaf he was made to adapt to be part of the hearing world and this hasn’t always been easy. This is his story as he tries to understand the life-changing decisions his mother took when he was a child, and what it means to live in two different worlds.

As a child, he was given analogue hearing aids, which weren’t a quick fix; the sound can be a tinny mash of indecipherable amplified sounds. He learned to lip-read, which isn’t easy, and impossible if Jonny can’t see the lips of the person talking to him. He was taught to speak, which was tough; speech therapy classes have left him traumatised by pushing him to verbalise sounds he can’t hear.

Being brought up as if he could hear has caused problems his whole life.

Now he wants to understand why his mum made the life-changing decision to raise him as if he was hearing. What was she thinking at the time and what were the experts telling her?

As he tries to come to terms with his deaf identity, he wants to make peace with his past and figure out whether he can be part of both the hearing and deaf worlds, and finally understand what it means to be born deaf and raised hearing.

The film combines dramatic reconstruction that delves into Jonny’s past with striking sound design that helps a hearing audience understand the world he lives in today. This personal journey gives a striking insight into what it’s like to be deaf.

Read More about it here 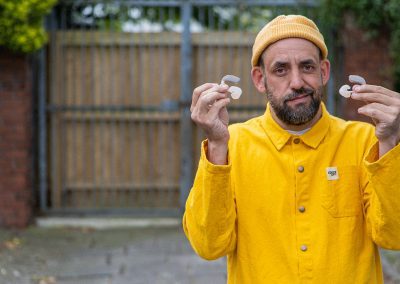 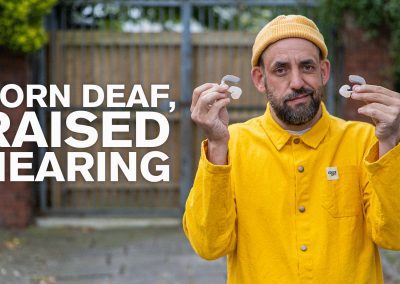